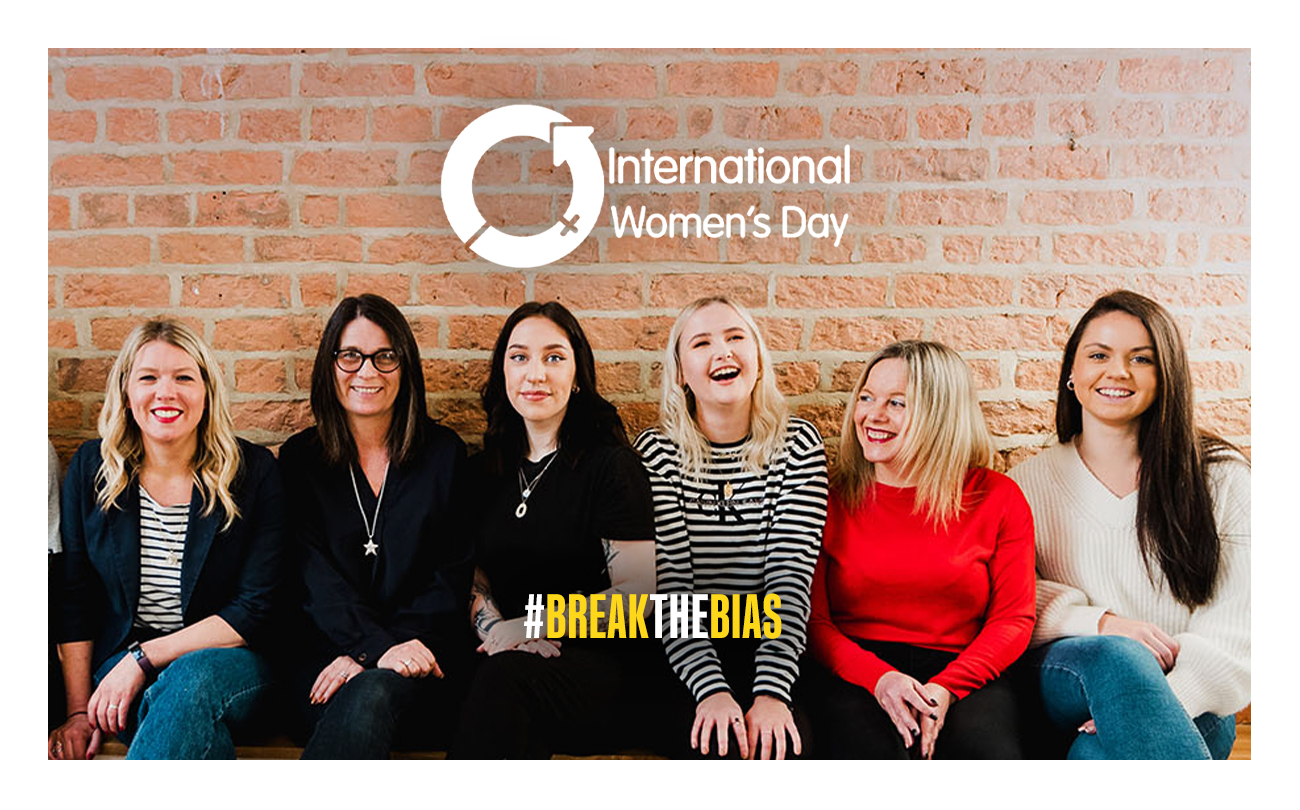 At Sowdens, we foster an inclusive work culture in which all of our team, whatever gender or preferred pronoun, are celebrated for their achievements and recognised for their personal successes.

But success is no accident, it comes from hard work, perseverance and sometimes sacrifice. As an organisation with strong female leads, we’re no strangers to the struggles that can come with being a woman in business.

This International Women’s Day, we spoke to some of our team to highlight the inequalities they have faced throughout their careers and speak up about the bias, both the blazingly obvious and the unsurprisingly unconscious. 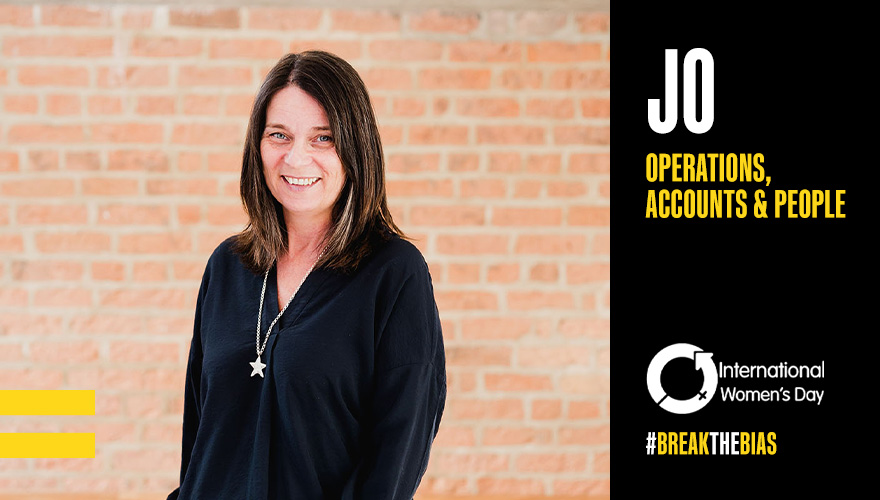 First up we spoke to Jo, who heads up the agency’s Accounts, Ops and People department – with a career that spans 36 years, Jo started out back in 1986 when the hemlines were high and expectations of women were low.

“When I was at school, girls were expected to be proficient in typing, whilst the boys went off to pursue illustrious careers in limitless professions, it was a lot more challenging to establish yourself and you had to make the decision: career or children.”

Smashing those expectations, Jo is one of our most valued and respected colleagues, as a member of the ACCA, Jo has achieved FCCA status and has expanded her role to incorporate a whole breadth of skills. 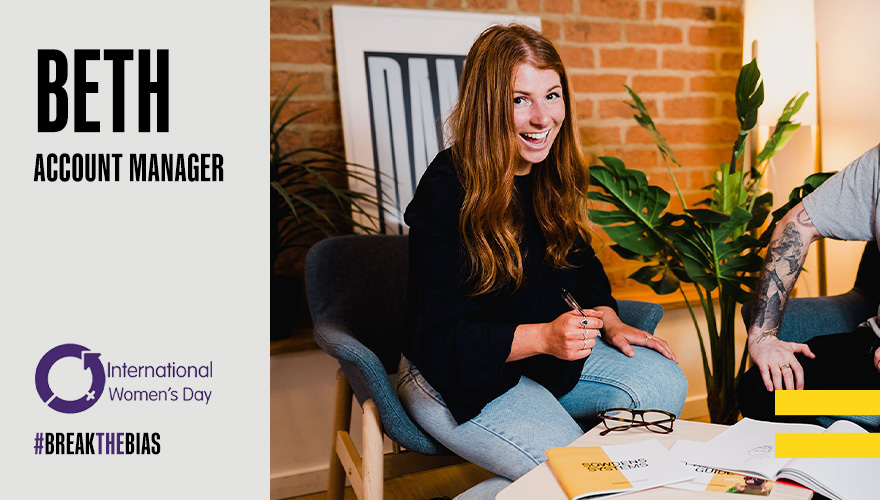 Encouraging her colleagues to believe in themselves, Account Manager, Beth, addresses the niggling voice inside of our heads.

“Aside from the typical gender inequalities, I think a big thing for women in the workplace is imposter syndrome – doubting my abilities and feeling like a fraud seems completely ridiculous to some but is something I’ve experienced since school, right the way through university and even in my career.

Often brushed off through self-depreciating humour – it’s important that we identify this amongst our colleagues as it’s only from the confidence instilled in me by the women that surround me that I’ve managed to overcome this.

And don’t even get me started on periods… All I’m saying is that if men had ‘em, there’d be hell to pay.” 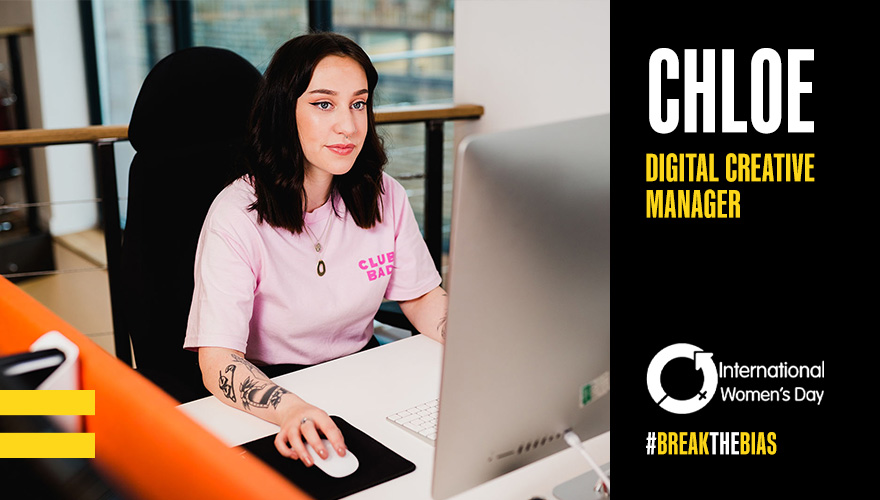 Calling out ‘lad culture’ and ‘friendly bants’ our Digital Creative Manager Chloe is bored of the ‘boys will be boys’ narrative and takes the stance that sexist banter belongs in a bygone era.

“As a young woman in business I’m very lucky to have had doors of opportunity opened by strong female leads who have paved the way for gender equality.

However, the bias remains prevalent, often weaved into ‘office banter’ where the punchline doesn’t land. In the past I have been expected to do extra kitchen duties,
make the teas and laugh along to covertly sexual jokes.”

Now Chloe is creating her own culture and establishing herself as a strong female lead. With 5 years in the business, Chloe heads up content for some outstanding Digital campaigns. 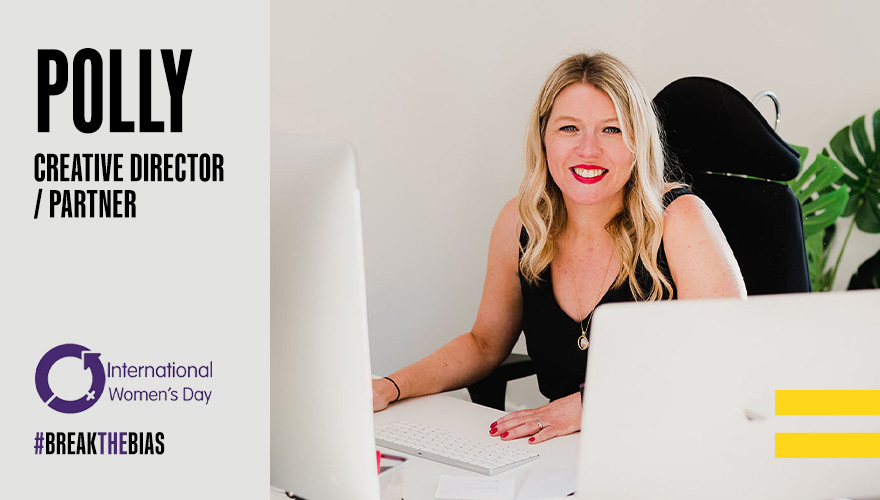 “When I started my professional career, people didn’t bother to hide their misogyny, whether it was someone telling me he could see my bra through my top in the 90’s, or the suits in the boardroom expecting that as the only woman in the room, I would be the one making the brews.”

Polly soon had a wardrobe full of power suits and established herself as a force to be reckoned with – assertive and strong, not bossy, and with nearly 25 years’ experience and unparalleled industry knowledge, Polly is one of Yorkshire’s go-to marketing experts (and she no longer feels she needs to wear a power suit to be powerful). 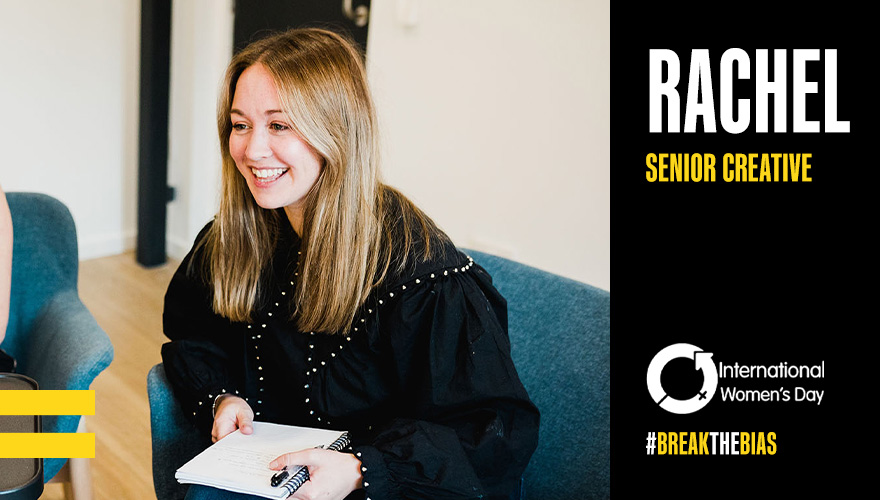 Rach, one of our Senior Creatives recognised that it’s been a challenge from the start and after her request for a creative work placement at school was met with a week’s worth of waitressing, she’s had a fire in her belly that’s not going out any time soon.

“Who knew that wearing high heels to a meeting can give you the ability to establish yourself as a creative leader? Spoiler alert. It can’t. But this is seriously something that was requested of me by a previous female colleague very early in my career.”

Rach has since ditched the heels and dons whatever the hell she wants, because why not? With over 12 years under her belt, Rach heads-up our creative campaigns, bringing imagination and artistic flair to every project. 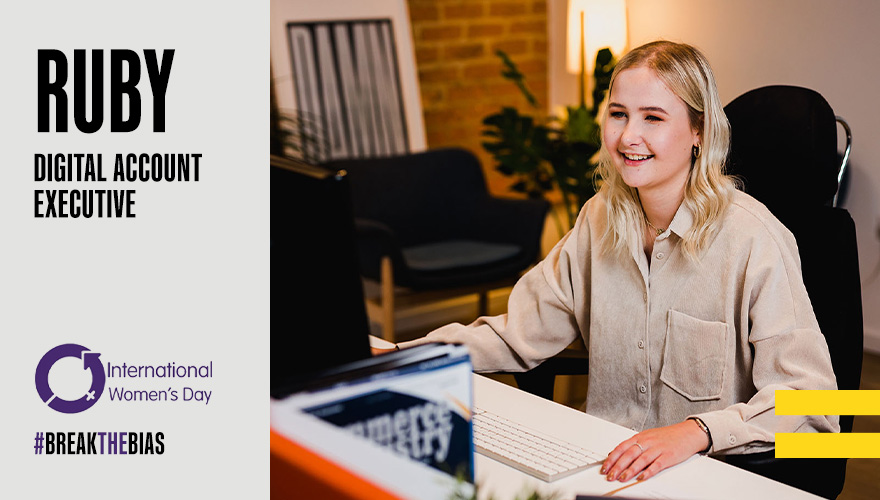 Ruby, got us thinking about genetic make-up and how that Y chromosome gives you an extra 20 minutes in bed every morning. Speaking of make-up…

“Throughout school and my career, the unrealistic expectations have been prevalent. I was once taken out of a GCSE lesson because of the mascara I was wearing – it was a constant dilemma; do I choose to fit in and ‘look better’ or do I abide by the rules? Damned if we do and damned if we don’t, which is a feeling women know all too well.

Fast forward to the workplace, it’s a choice of extra sleep or putting my face on – when I chose the latter male peers commented; “Are you okay? You look tired.”

Ruby soon learnt that looks have no impact on success. With a 3-year apprenticeship under her belt, Ruby specialises in Digital Marketing and has gained Level 3 and 4 qualifications.

“I feel so lucky to now work in a team of supportive men and women, where I don’t need to worry about how I look.”

We’re proud of our team and between us we have so much success to celebrate, so many achievements, awards, 100s of years’ experience and stacks of qualifications that allow us to thrive every day.

A collective of creatives, strategists, planners and analysers; a team to rely on, a support network and a force to be reckoned with.

Feeling inspired. Why wouldn’t you?
Fancy joining the Sowdens gang, check out our job vacancies here