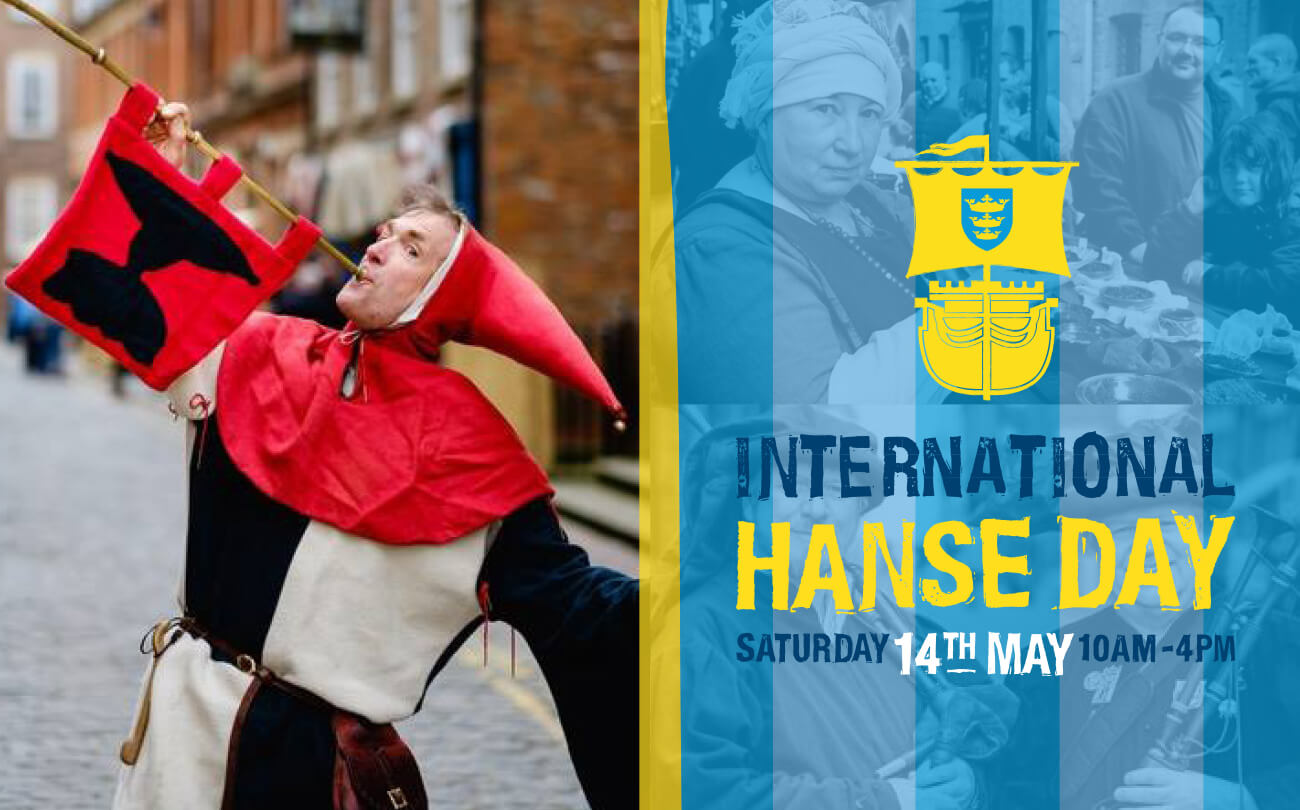 International Hanse Day was a free event brought to Hull by Visit Hull and East Yorkshire (VHEY), Hull City Council and Heritage Learning, to celebrate our city’s role in the Hanseatic League.

If you went to High Street last Saturday you’ll know all about the Hanseatic League – but if not, here’s a brief explanation.

The Hanseatic League was a medieval trade association across the North and Baltic Sea, which had major significance in Northern Europe for over 400 years. Hull was one of several trading cities in the UK, mainly exporting wool, cloth and salt.

The event saw High Street transformed into a medieval marketplace, with costumed actors roaming the street, creating an immersive experience for visitors.

We were excited to work with VHEY to market this new event – we love being involved in anything that showcases Hull (past or present!).

As this was Hanse Day’s pilot year, it was vital that we spread the word to ensure a good attendance. Along with producing some print collateral, we were also responsible for managing the social media – including live coverage of the event.

The introduction of live video on Facebook meant that we could share scenes from the event as they were happening. This function was particularly useful in the morning of the event, to give people an idea of what to expect, and hopefully encourage them to visit later in the day. Our first live video of the day reached 2,929 people, and has gained 1,578 views so far.

Comments on social media throughout the day were very positive, with the event being described as ‘quality’ and ‘educational’.

Official footfall figures are yet to be confirmed, but the initial numbers are looking to be almost 10 times what was expected.

It’s fantastic to be involved in a event so successful in its pilot year and we can’t wait to see what’s to come for International Hanse Day! You can read the Hull Daily Mail’s coverage of the event here.