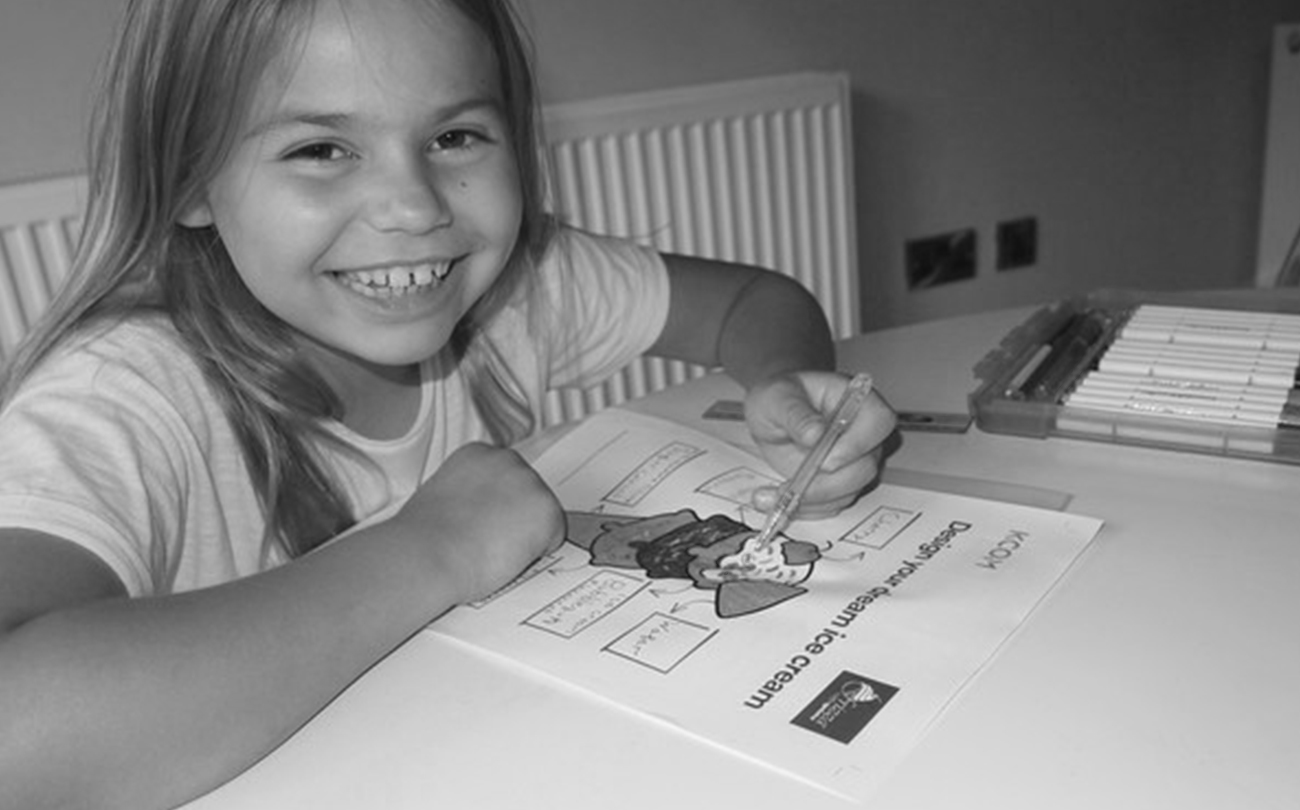 With Christmas just around a corner, we take a look back at the successful (and delicious) ice cream themed campaign we created to promote KCOM’s Free Connection offer in summer.

The campaign theme was a perfect excuse to get Caffe Gelato – the hugely popular Newland Avenue ice cream parlour on board. Alongside the Free Connection offer, we launched a ‘Design Your Dream Ice Cream’ colouring competition, with the prize of a year’s worth of free ice cream and the winning flavour actually being made by Caffe Gelato. Given the awesomeness of the prize, we weren’t surprised to see entries roll in in their hundreds.

After careful deliberation, a panel of KCOM employees and ice cream enthusiasts chose the winner – 12-year-old Evie from Hull. Evie’s design was based on Hull Fair, with toffee apple, candyfloss and coconut nougat flavoured ice creams and a brandy snap cone.

Given that the competition ended just as autumn was creeping in, Caffe Gelato agreed that a Hull Fair themed design would be a perfectly timed addition to their menu. It tasted great – I can personally vouch for that.

As part of the prize, we took Evie and her family to Hull Fair and filmed the whole thing. Watch the video below to see what we got up to.